MyToolBox continues on good track after one year of project development

MyToolBox continues on good track after one year of project development 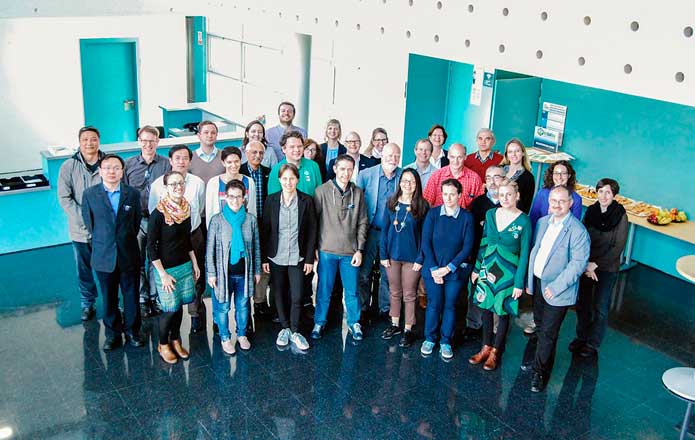 AXEB, in addition to innovate and develope biostimulants, plant nutrition and specialized fertilizers, research in differents projects to develop new technologies to achieve sustainable, competitive and high quality agriculture for a better world. We participated in the project MyToolBox.

In MyToolBox project, AXEB is working in pre-harvest reduction strategies. Inside this work package, our company is involved in development of new foliar fertilisers for mycotoxins control in cereal crops, specifically on wheat and oats. Field trials to assay these new products have been carried out by Harper Adams University in UK and NIBIO in Norway.

The MyToolBox project will develop, test and validate an entire toolkit including resistant plant resources, management tools and technologies to effectively monitor and reduce the incidence of mycotoxin contaminants in crop production as well as in the food and feed supply chains.

Globally every year there are several billion Euro losses to cereals and other crops through fungal infection, which also causes harm to human health from toxins (mycotoxins) produced by these moulds. In a new initiative that is being funded by the European Union’s Horizon 2020 Programme, a group of scientists, engineers and IT specialists have teamed up to provide knowledge transfer to farmers and other decision makers in the food and feed chains. The image was captured during the consortium held in Barcelona, where AXEB team participated with the rest of the  attendees.

For furher details about the project MyToolBox, its objectives, workplans and partners, check the following link www.mytoolbox.eu

If you want to know all the projects that AXEB is doing nowadays, as well as the ones it has done previously, visit the following link to our R&D trajectory. AXEB BIOTECH
Loading Comments...
We use cookies to ensure that we give you the best experience on our website. If you continue to use this site we will assume that you are happy with it.OkNoRead more