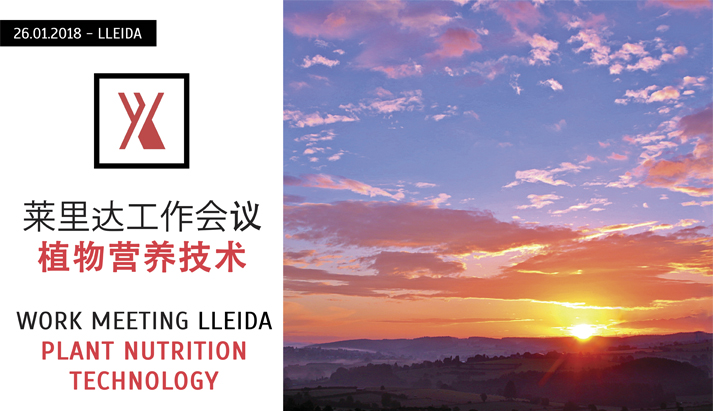 China has become the world’s leading agricultural producer, producing in terms of value, as well as the combined total value of all OECD member countries. Agriculture continues to be a key sector that represents 31% of total employment and contributes almost 10% of China’s GDP. The growth of agricultural production in China reaches 4% annually, almost a third above the world average.

Agricultural production is based on small family farms of less than one hectare on average, although large-scale production has developed rapidly, particularly in the northeastern provinces. Also, the Chinese government has carried out a process of reforms to boost the economy through policies for the modernization of agriculture and industry.

The day was started by Mr. Xavier Tico, Agri-Food of Lleida Scientific and Technological Park, CEO; welcoming the visit and welcoming the facilities. Then our CEO Ricard Casals presented the association AXEB Ruinong and explained the willingness to serve the AXEB products to the Chinese market to collaborate in a highly competitive market.

Mr. Zhai, general manager of the AXEB delegation in China, described the long-term and friendly cooperation between the two companies with the aim of providing Chinese farmers with a good and competitive product with a technical service. integral.

The day followed with the presentation of the latest innovations in Biostimulants suitable for the Chinese market and their crops. Several field studies were presented where the effectiveness of AXEB products was demonstrated. AKIS International gave an introduction to the stress that plants can suffer.

In a second part of the day, AKIS International gave a lecture on foliar fertilization and its benefits. And the latest plant nutrition products and special fertilizers adapted to the Chinese market.

The day ended with a visit to the most emblematic monument of the city La Seu Vella, where we were received by Mr. Angel Ros, Mayor of Lleida.

The day was covered by the local press, here you can see a link to the local SEGRE newspaper and the interview that Lleida TV made to Mr. Zhai and Mr. Casals. To see photos of the events in our Facebook album. AXEB BIOTECH
We use cookies to ensure that we give you the best experience on our website. If you continue to use this site we will assume that you are happy with it.OkNoRead more